We'd Best Get Ready to Rummmmmmble....

In one of my favorite scenes from The Lord of the Rings trilogy, Aragorn desperately lobbies to enlist King Theoden of Rohan into the fight for Middle Earth. He finally throws up his hands and declares War is upon you whether you wish it or not.  I am no fantasy movie nerd by any stretch but Peter Jackson's exact and detailed translation of the books into film is so well executed that even people who usually flee from such material are forced to admit its excellence.


That aside I only mention the scene because it strikes me that we as teachers find ourselves in a very similar situation here in mid August of 2012. Many of us are busy with our own kids and our own families, our hobbies, second jobs and God knows what all else, caring for sick relatives, fighting our own health battles, trying to drop that last 10 pounds, etc. etc. etc.

There is another job we ALL need to embrace with the fervor and rigor of the one we chose however many years ago. We need to renew our vigor and our commitment and learn how to start fighting for our jobs as public school teachers in a country that appears to be surrounding us on all sides and with both main political parties, hellbent on putting us out of work and privatizing the careers we take so much pride in and have learned to take our rewards from along with our lumps.

YOU cannot go to your classroom and do your thing then come home and take Ashley to Suzuki Strings and Matthew to Tae Kuondo and call it a day. Twenty years ago we could say things like "Oh I just don't get into all the politics," and "I just do my job and that's the best protection I can ever need for job security." Your job now includes getting hip to what's going on all around us, finding out WHO the local charter people are and who their connections in state local and national politics are. You need to know the truth behind every lie they spit out and that's a lot because all they do is LIE, LIE, LIE. (click on the three lies to read some of their better ones)

The charter school lobby who counts the Broad Foundation, (who worked with Arne Duncan in chicago to close public schools so developers could get the land out from under them) The Gates Foundation (whose massive cash infusion in Pittsburgh's public schools has recently led to a drop in test scores the first time in 5 years) and Wal Mart (who really need no introduction as the greedy anti worker scumbags that they are)  among its numerous financial backers, not to mention the ill named Democrats for Ed Reform whose board is stacked with something like 7 of 11 members who happen to be hedge fund managers. They're all spending heavily and working hard to get their hands on and privatize the public money that is meant to go to public schools. They don't want to share it either in case you're wondering. These are Capitalists of the worst order, they only know how to acquire and digest things whole. So they aren't going to content themselves with taking a piece of the pie, they are determined to take the entire pie. And if that means you are out of a job then tough shit, that's the way it goes in business.

I for one chose education because the rat race and the cannibalistic world of office politics simply turned my stomach. The idea of interacting with young people in an educational setting and helping them to reach their potential and expand their horizons held a much more rewarding promise to me than  engaging in some unceremonial Potlatch where I proved myself through the rabid acquisition of boats. houses. cars, vacation condos, stocks and other conspicuous displays of greed. I have never enjoyed the company or conversation of the folks who chose the dog eat dog world and I find their conversation unstimulating at best, chidish and incurious more likely.

These very people with whom many of us parted company somewhere in our early 20s at least philosophically, are now the ones coming to challenge us for the care and instruction of our students. Theirs is not a noble pursuit but the same one they have pursued all along, it's just another get rich quick and easy scheme and it's easy because they think teachers are pushovers. Teachers look to these folks like easy marks. After all they chose relatively low wages and job security over big bucks and a lavish lifestyle filled with perks and fancy stuff. They take crap from kids on a daily basis, they take shit from administrators and parents too. They take shit from business people who condescend to them and say things like "In the real world..." and " I know you're a bit sheltered so I'll tell you how it works..." Yes I actually had an old classmate from high school tell me the latter on FB before I told him all he ever did was slap pizzas in and out of an oven until he could afford to move outta state. But be quick to see their point these free marketeers, these swashbucklers of the open seas of Capitalism.

They think we are soft and frankly they have a point. Far too many of us ARE soft and tuned out and simply think there's no way any of this privatization and charter bullshit could ever get to us. Well friends we have a governor who's deeply in bed with them. We have a Commissioner of NYSED whose only teaching experience was hiding out in a charter school for 3 years. He only had 3 years teaching experience and the law called for five to make him Commissioner. Well guess what ? When your friends are in power all you have to do it change the law and that they did to accommodate a neophyte who is willing to march to the charter drumbeat. And in case nobody's noticed this same Commissioner despises Buffalo Public Schools. 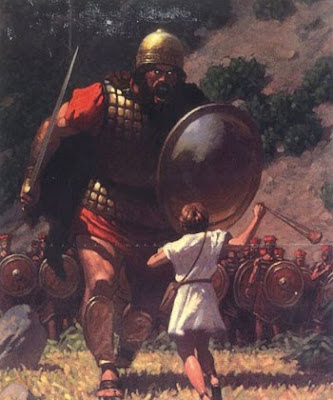 So we can either hang together as Ben Franklin once said or we can all hang separately. This is no longer a cause for a few loose nuts with lots of free time to dabble in and report back to the rest of us. This one is ALL of our fight and unless we want to be taking orders from Hannya Boulous  the  B.A. holding Art History major from Georgetown whose sensibilities were such that ReformED Buffalo thought her absolute lack of education training would make her a perfect CEO or the self proclaimed Brightest Mind of Education Ephraim Martinez over at Never Mind What My Salary Is Charter School I suggest we all convert at least 3 our our colleagues who until now have had something better to do. This is what we have to do or we'll have very damned little to do.

For openers, if anyone has any idea of screening this latest charter school propaganda piece of shit movie in Buffalo there needs to be a vocal and voluminous response from a picket line of teachers who tell the cameras and the poorly misguided and misinformed public what's REALLY going on. If we let them get away with this it sends a very loud signal like all of the ones they've all ready received. Public school teachers cannot afford to send these people the signal that there will be no resistance. Goliath needs to know that David has his slingshot strung up and there's a fresh bucket of rocks at his side. In  the parlance of the kids, it's ON bitches.
Posted by Unknown at 5:16 PM