Still Waiting for Superman...But We'll Take Handouts from Wal Mart in the Meantime... 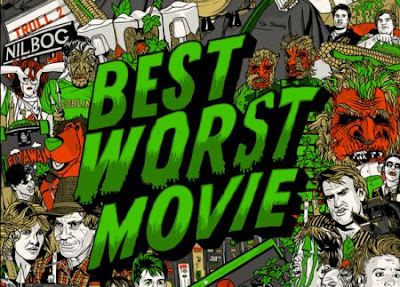 Did you hear there's a new movie coming out ? Well it's not really new, per se, it's  re-packaging of all the same trite b.s. that went into the last pro charter school propaganda film, errrr, movie, Waiting for Superman. And did you hear that it's based on actual events ? Well, not really, I mean there's a loose connection between some of the events in the movie and reality but, it's pretty thin. According to IMDB (where you can also find your humble blogger in a previous incarnation) the plot is this :

Two determined mothers­, one a teacher, look to transform their children's failing inner city school. Facing a powerful and entrenched bureaucracy, they risk everything to make a difference in the education and future of their children.

Here's a sampling from the Parents Across America review of said film :

But the storyline about the parent takeover has no resemblance to reality, says New York parent activist Leonie Haimson, a PAA co-founder. “The movie is supposedly based on a process called the ‘parent trigger,’ which purports to empower parents. But actually, the ‘parent trigger’ has a track record of 100 percent failure, and has pitted parents against parents and torn apart school communities at the two schools where it has been tried,” said Haimson. She points out that “Won’t Back Down” was produced by Walden Media, owned by conservative mogul Philip Anschutz, a major donor to anti-gay, creationist and other right-wing causes. Walden Media was the co-producer of the 2010 anti-public-education pseudo-documentary ‘Waiting for ‘Superman’.”


And did you hear that as part of the big movie hype kickoff they are having a fundraiser event called Teacher's Rock where you can donate $40.00 and one of the three recipients will be Teach for America?

And did you also know that one part of this fun event was a Stone the Teacher Booth ? Ah ha ha ha ha what zaniness. Alongside food and tee-shirt vendors is listed an entertainment booth entitled "Rock-a-Teacher.” Further description reads, “Like an old fashioned dunking booth only better. Live teachers. Real stones. C’mon, you know you’ve always wanted to.”  Oh these "reformers" and their wacky friends, they are just too much no ? Well it turns out that Meryl Streep and Josh Groban among others said there was no way they were going to participate in this nonsense until it was clear that no such booth or wacky reformer fun was going to be permitted. As usual public outcry not decency or respect caused Wal Mart and Walden Media to down and shut up about such outrageously disrespectful and stupid antics. There will now be no such event. Amazing though that anyone ever thought there should be one and that it made it out of committee and into the promotional brochure couched in the fun loving language ad men use to get you to eat chocolate ice cream sundaes covered in whipped cream with cashews and a stick of butter. Is anyone surprised that Walden Media the co propaganda ministers of Stuporman are also known to donate to anti gay groups, right wing causes and anti-environmental groups. How proud we all should be to see that now they want to honor teachers. If you consider the puppy mill graduates of TFA's 6 Weeks to Shitty Teaching crash courses "teachers."  Parents Across America has also provided a fact check for this lameass movie which shows what anyone who's not in a coma all ready knows, the ratio of fiction to fact is shall we say, out of joint. See the Facts here.