So who knew? The day after I go on a Carl Paladino is not all that crazy rant, who shows up on page one of Da Buffalo Nooze, on day one of the Mad As Hell As Ever Tour. Carl Paladino has filed yet another fresh lawsuit against the agents of darkness in the Buffalo Public Schools? This time Paladino is targeting the Board of Education for violating the laws on public meetings which apparently the Board opted not to obey and expected the usual apathetic shrug from the burned out and unimpressed citizenry of the Queen City. Well they almost got it, the law has no teeth and the enforcement of it is a joke I heard from several sources. We sort of heard the same stuff about the Ogden and Niagara tolls too for some time until Carl Paladino the local lawyer turned developer got involved. And whaddya know, his legal action resulted in the tolls coming down and WNYers keeping some change in our pockets that was otherwise going I dunno to line Joe Bruno's pool deck in Italian marble? It's been in the back of my head for a few weeks now to ask my fellow Buffalo Public Pedagogues how many of them would agree to giving back their cosmetic rider if the trade off was Amber Dixon for Superintendent? I see Sam Radford is out of ideas again, maybe his coaches at BuffaloReformED are away. He has taken to tweeting that the citizens of Buffalo in essence need to rise up and take away this rider from the greedy teachers, apparently now, this very minute or at least before school starts up again in September.

I am really not sure how many of my fellow pedagogues feel as strongly about Amber Dixon's leadership as I do. I only based my support on what I saw in her performance and in her willingness to grab the wheel and start rocking this bus out of the snowbank. 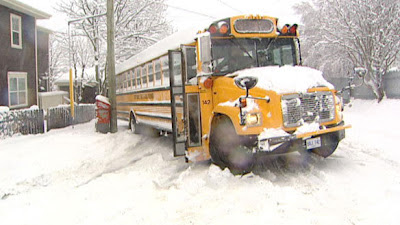 Only Buffalonians really  know this ritual and Dixon had the wheels biting into pavement. Meanwhile the sisters and half of city hall were scratching their assets trying to figure out a way to shove things back into the ditch so they could maintain their comfort level the way third world dictators and party members do while everyone else suffers and does without. Dixon as Superintendent can have my cosmetic rider back anytime. Ok I admit I lost interest when I realized the tummy tucks are primarily for women. Just out of curiosity I wonder if Carl's legal maneuver can slow this fast tracked coronation enough to open the position up for discussion again. And what about Dr. Pamela Brown's NY State certification? Does she have one or does John King issue her a variance? Does Bob Bennett, King's mentor and protector, and a rabid Amber Dixon supporter, stand by and allow this to transpire or does he encourage King to slow the process down -- or even refuse it? So many questions, so many more to be asked in the next few days...
Posted by Unknown at 12:32 AM