Another Parlor Trick from the Reformer Class : The So Called Parent Trigger Law and its Manifest Deceptions 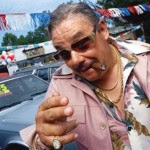 Not to abandon our Rogue's Gallery of Edreformers but a term keeps coming up that requires some immediate attention. Let's talk for a minute about Trigger Laws shall we? Especially now that another edreformer propaganda film has been foisted on the unknowing public in which the teachers themselves vote to pull the trigger and convert themselves into charteroids.

The history of the Trigger Law like that of our corporate fueled charters themselves is another series of lies built upon deceptions perched on astroturf but presented by the Charlatans to the unknowing public as Parents Empowering Themselves in a  Grassroots Effort to Effect Changes in Failing Schools.  It sounds great doesn't it? What parent wouldn't do something macho like Pull a Trigger to whip those lousy lazy union protected public school teachers into shape?  Yeah the press releases sound so empowering and are geared at gulling parents with the false notion that a 51% majority vote is all they need to start making all the great changes the Reformer class keeps promising them. It does allow them to lash out against what they perceive to be an inept school which is great for the short run. However, soon the glow of that bitchslap at the school fades and our irritable parents are further irritated that they have now lost any and all input since the reformer class like the Grateful Dead "doesn't do requests maaaaan....." So if you really just want to piss off and get back at the adults employed at your "failing school" by all means folks pull that trigger. But don't think for a charter school testing minute that once you get your digs in you will actually be welcome to participate in any of the school's policies, procedures or decisions. One of those decisions might well be getting rid of your kid but hey it was worth it wasn't it?

In reality the Parent Trigger has a pitiful track record. It's as if they mixed up the events and ran the super heavy weight power lifter in the 100 yard dash when you actually see the results this bait and switch legal tactic yields.  The real trick involves manipulating th eparents into voting for a charter with all kinds of outlandish promises of high performance, dedicated staff and administrators, longer hours, longer school years, better gas mileage.... well, I don't know why they havent' promised that one too while they were at it. Oh yeah they also promise Increased Parental Decision Making. There are a few caveats though, O.K. maybe just one BIG caveat :  The "reformers" are LYING THEIR DUPLICITOUS ASSES OFF !!!

In one sad episode parents were asked to vote for several options as turnaround models for a struggling school. But the charter school folks only submitted votes for their option. When parents were informed of this sleight of hand trick (WHY ARE THESE FUCKERS ALWAYS DOING THIS?)  they were told their votes could not be changed. Again I have to stop and ask if these people are ALL ABOUT THE KIDS then why is it they always have to lie or more likely they just omit the truth and hope nobody can google them before they get their legal ruling. Seriously, if these people are so heavily invested in top notch teaching and learning why do they ALWAYS operate in a cloud of obfuscation, deception and illusion? 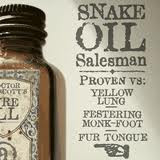 Here is a nice summary of the bipartisan clusterhump that is struggling to hand over as many of our public schools to the corporate profiteers as possible : (ask yourself a question here, Why do politicians work really hard for any corporate interest? Yeaaaah, it's not for a plaque to put on their wall either)

Are Parent Trigger Laws Our New 'Superman' – Or Union Kryptonite?

Though they're being pushed by the biggest names in corporate education reform, and politicians of every stripe, there's little proof that parent trigger laws actually work.

Stay up to date with the latest headlines via email.


Here’s a question for you: Which political party, Republicans or Democrats, supports expanding charter schools, test-based teacher evaluation, and most recently, parent trigger laws? (In school, this would be called a trick question.) The answer is: both.
The latest piece in thecorporate education reform puzzle, parent trigger laws reveal just how desperately Republicans and Democrats are seeking ways to appease corporate America’s hunger for education reform -- without addressing the central issue ofpoverty that lies at the root of an overburdened U.S. education system .
These laws, which allow a majority of parents “to sign a petition to trigger one of a narrow set of options -- firing all or some of the staff, turning the school over to a charter operator, or closing the school,” are packaged as free-market levers to empower parents with children trapped in poorly performing public schools -‑ a similar strategy to that being used to support the expansion of charter schools across the nation. As Stephanie Simon reported for Reuters, politicians are jumping to endorse them:

Hundreds of mayors from across the United States [recently] called for new laws letting parents seize control of low-performing public schools and fire the teachers, oust the administrators or turn the schools over to private management.
The U.S. Conference of Mayors, meeting in Orlando, Florida… unanimously endorsed ‘parent trigger’ laws aimed at bypassing elected school boards and giving parents at the worst public schools the opportunity to band together and force immediate change.

That “unanimous” endorsement naturally included plenty of Democratic mayors -- including some rather high-profile ones, as Stateline points out :

So the politicians have bought in -- but how promising a solution are parent trigger laws, really? Do they actually support the public and democratic purposes of schooling? On her All Things Education blog, Rachel Levy poses the following critical questions  about parent triggers, and what they may or may not achieve:

So, if we grant parents more choice or power to turn their schools into charters, for example, is the charter going to provide what they want? Will parents be more engaged or involved? My sense is that perhaps in the short run they will be, but I'm not sure about the long-run. … Furthermore, once the school is turned over to private or unaccountable hands and is detached from any democratic process, the parents will have even less say.

Levy isn’t the only one who is skeptical. Parents Across America has released a position paper that takes a bold stand against the laws, noting that parent triggers are “not workable or effective” -- because, in the end, they are about neither parental choice nor empowerment. What they are about is reinforcing the broader goal of corporate reform: dismantling public institutions and workers’ rights protected by unions.
Parent Trigger as the Next ‘Superman’
Alongside charter schools, parent trigger laws share bipartisan support from politicians who increasingly embrace school choice arguments historically rejected by the public, as well as the misleading claims made popular in Davis Guggenheim’s documentary Waiting for Superman.  According to Guggenheim’s narrative, U.S. public education is failing, “bad” teachers and their unions are to blame, and school reform’s “Superman” comes in the form of charter schools like the Knowledge Is Power Program (KIPP) and teacher training programs like Teach for America
Forgive the jumpy text breaks but I think the technical glitches are worth including this entire article which you can read the rest of HERE. I would also like to give some credit here to Parents Across America which strikes me as the parent group that also includes some union members, some educated, intelligent no nonsense folks and some very tuned in mothers, fathers, uncles aunts and grandparents who know what's up and are not fooled for one minute by these Snakeoil Pushing Shit Merchants pretending to care about quality education when all they really want is mo money, mo power and mo money. Click HERE to read their astute and intellgently written position paper regarding these phoney ass Trigger Laws.