A while ago there was some discussion about the Buffalo Board of Ed members traveling to conferences and living high in the hog. They booked private rooms for themselves which cost about $200.00 per night on average. One Board Member who has since gone on to become a judge, Catherine Nugent-Panepinto remarked rather shockingly :

"It seems it's just become a travel club," said board member Catherine Nugent Panepinto. "What I hear back from [the people who go] are not ideas of what we can do. It's more about the dinner or the shopping opportunity. I don't think I've ever heard back, 'Here's an idea we can pursue,' or 'Here's a contact we can develop.' " 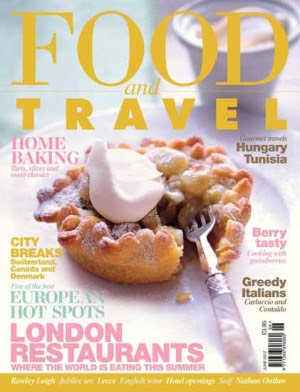 Enter Amber Dixon whose first order of business was to ground all flights and cancel all reservations:

During her first week as interim superintendent, Amber M. Dixon let central office administrators know the time had come for them to start cutting costs. Specifically, during Dixon’s first day on the job, she sent out a memo indicating that out-of-state travel would pretty much be a thing of the past. A few days later, she sent out a memo telling administrators to stop buying food for staff meetings. And she spread the word that administrators should not be helping themselves — as some regularly do — to the buffet that the School Board orders for itself every Wednesday evening when it meets. “It’s not business as usual in our schools — it shouldn’t be business as usual in our offices,” she said. “I want to ensure district funds are first and foremost supporting our schools.”


Well in case anyone else was wondering why there was so little support for Amber Dixon's Superintendency look at what got snuck into the Board Minutes of the June 27th meeting very quietly buried toward the end of the thing. And look who proposed the re-start of the travel and shopping club : 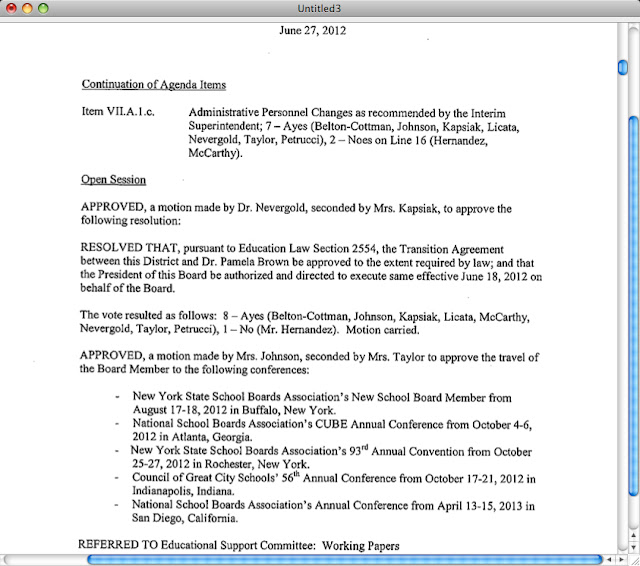 So my suspicions about the weary travelers were dead on. I can't say for sure where I predicted this little end run but it's not like I have a tea leaf reader or a crystal ball or need one either. This bunch is about as predictable as Romney signs on Nottingham Terrace. . Last time the boardfolk were questioned about their penchant for fine dining and travel NONE of the 4 most frequent fliers would agree to be interviewed by Mary Pasciak in the Buffalo News. Yet here they go again when they think the coast is clear, the new Super wasn't even sworn in yet but apparently they knew who the new Super wasn't going to be when Taylor and Johnson voted to lift their own travel ban and get back in the saddle. Can the new and improved feedbag be far behind?  Bet on it.


In spite of my innate cynicism I really would like to believe some of the hype flying around about Dr. Brown bringing the Buffalo Schools a fresh start. It would be a lot easier to believe if the usual suspects weren't fighting so hard for a return to "business as usual."  You know, the stuff Amber Dixon called a halt to so money went where it was needed not where Board members wanted it.  Maybe Dr. Brown's first order of business, just to show there's no need for a baksheesh to them for selecting her, should be to reinstate Dixon's cancellation of the frequent fliers club. Dr. Brown ? You're up...