Just Like Old Times at the B-Lo Board of Ed.


The more things change the more they go right back to where they started. Oh? croaks EdU McMahon, How so Keemo Sabbe ? Well Ralph is back to voting with the sisters again. If I read my scorecard correctly it appeared that Mr. Hernandez is following his mantra to go where the votes are in spite of whaever previous philosophical and ethical questions  he had with James Williams Ralph decided to join them  so he could be Board President rather than continue to be beat by them on every vote.  It's easy the Warlord Generals do it in Afghanistan all the time. And forgive me if I repeat myself but the majority voting block of this very board are essentially the same ones who stood by defending James Williams' outrageous antics and destruction of our school system for no apparent reason other than the shared color of their skin. If that wasn't the bond they never bothered to dis-spell any suggestions to that nature. To the chagrin of those hopefuls who see Buffalo Rising etc. I think we are faced with some anecdotal evidence that Buffalo is still a very segregated place. 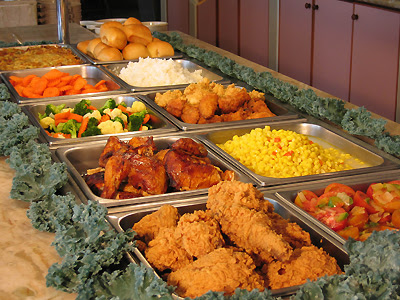 The five black women and the hispanic male vote together and the three white males vote the other way.  Maybe our Board Members need to be bussed to different parts of the city to sample some of the cultural diversity among Buffalo's students and their families.  But if they won't even toddle over to the secret vault where Cascade was holding the resumes of the candidates for the Superintendent's job, citing that it was essentially too much work, why would they bother to go an extra mile in any other situation?  The week they voted in the new Superintendent, again voting by race, they had Mr. Licata request a raise for their work from the Common Council. Ballsy I thought after an egregiously tacky selection process that reminded me more of putting my foot in a circle to play tag and having a kid say If the train should jump the track do you want your money back ? He'd then spell out your answer and the punchline was "Out you go you dirty old dishrag... you!  Exeunt, Dr. can't even spell "guarantee correctly on his edu-biz website" Newsome.  Dr . Goldtooth Newsome reminded some of Williams with the slightest tinge of a 'tude. He struck me as more of the outrageous distractor question on a multiple choice quiz.  With Newsome "gauranteed" not to be a candidate the remaining selection became a little murkier but anyone with half the sense God gave a starfish knew who was going to get the job.

So here we are and just as FloJo did a little infield lap around town showing off James Williams (whatever you do watch the video to see Mr. Gaskin's and Carl's comments, AWESOME !) so Mrs. Kapsiak is going to take Dr. Brown around and help her get to know the Principals. Based on what we have seen so far, which Prinicpals do you expect Dr. Brown is going to be getting the wink and nod from Kapsiak? It has an ugly taste to it, the idea that the Administration of Buffalo City Schools could become a two tiered system of AKA Sisters and er-buddy else. You don't have to be Carl Paladino to see that race based policies and decision making have hurt this city its schools and its students every single time. Why would this one be any different?