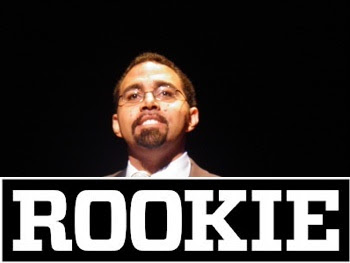 
The installment of John King in a pseudo-Secretary of Ed position tells us more about the sorry ass condition of the Obama Department of Education than it does about King rebounding from his disastrous tenure in New York State. In spite of what King and Obama's spinmeisters will try to tell us, Andrew Cuomo unloaded John King and disappeared him to D.C.  with a quickness. John King is a public relations nightmare. He was unqualified to serve as Commissioner of NYSED so his handlers and puppeteers changed the rules to give him the job. Usually when this happens it's expected that the beneficiary of said favors repays his benefactors with a stellar performance removing any doubt of his qualifications or his worthiness for the job. You can just imagine the backstage pep talk he must have been given: O.k. Johhny, we cut all the corners and worked all kinds of angles to get you this job. So get out there and try really hard not to suck.  But King's performance was awkward and unconvincing. His ineptitude in a leadership role was glaringly obvious from the very start.  He showed himself deficient in the most rudimentary of people skills and his flat affect projected more of a sociopath's demeanor than the cool intellectual dude he was trying to project.

In what was meant to be a flattering write up of King's persona, the kindest way a reporter could find to gloss King's social awkwardness was to say that he preferred eating lunch alone while looking at data. They might have congratulated him on his hygiene and said he loved his country too but it was a pretty strained attempt to paint this condescending twit as some kind of intellectual prophet in the wilderness. Nobody really knows what he's been doing in D.C. since Andrew Cuomo put him on the first flight to Anywhere. And you can be sure the only thing Cuomo cared about was getting King out the door. When pressed to say something nice about the guy on his departure for D.C. Andrew wound up with the Governor's Florsheim and planted it smack on King's ass. "His record speaks for itself," was all the charity Sheriff Andy could find in his dark little soul. And who could blame him really? When King and Dragon Empress Tisch and Wheezer Bennett took their imperious clownshow of a "Listening Tour" on the road they enraged parents and educators at every stop. If people weren't already in a boil over the sorry state of public education with New York's test and punish regimen they were when Kinger, Tischy and Regentus Flatulentus got through with them. New Yorkers wanted to keelhaul all three of them and Cuomo too. Guilt by association Governor. As Dad always told me, Water seeks its own level. And in the eyes of the state Cuomo was every bit as sodden and polluted as the 3 stooges who told us we should shut up and take the tests.

We don't know if King found yet another private Montessori school for his own spawn or if he put them in some other cozy private affair like Sidwell Friends where the Obama girls go. You can bet the little Kings aren't being AimsWebbed and hectored with Dibls and Test Prep in between their art, French, phys. ed and music classes every day. No, that Common Core regimen is fine for the little people but somehow the Ed Reform caste doesn't believe it's good enough for their own little Ashleys and Trevors. And when people brought this to King's attention he declared his kids to be off limits in the discussion though he declared everyone else's to be lacking in excellence and rigor.

John King's resume could hardly land him a top notch position anywhere else even in the revolving door world of school superintendents that we see in American schools especially urban ones. King instead landed in the great political scrapheap of Washington D.C. where his Dumbocrat enablers slid him into the Dept. of Ed alongside fellow patronage beneficiary Arne Duncan.  John King, in an eerily familiar scenario to the one we witnessed in New York State, is now being installed with sleight of hand and political gamesmanship as the de facto Sec. of Ed. Isn't it interesting how no matter where this guy goes he can't get the job on his own merits but has to rely on maneuvering and chicanery to sneak him in a side door somehow? Is anyone wondering why Obama didn't simply name him his choice to replace Arne as Secretary Of Education? Does anyone imagine this petulant pet lamb of the corporate ed reform movement getting through a confirmation process? He wouldn't make it until lunch time on the first day. I saved this for last because I sense that some of my colleagues are gripping and sweating King's latest installation. In case you forgot what this guy isn't made of, please allow Port Jefferson Station Teacher's Association President Beth Dimino refresh your memory of how to handle this pest: