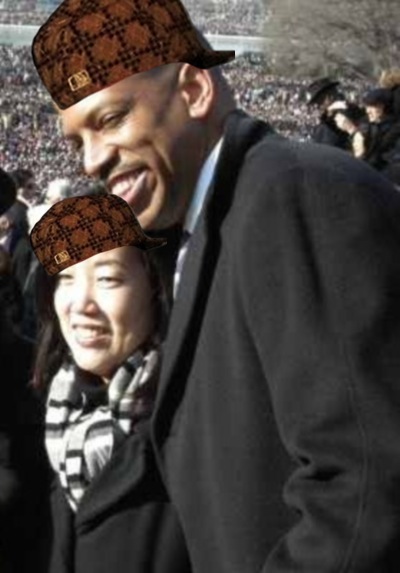 The mayor of Sacramento has some skeletons in his reform closet he'd rather none of us knows about. Oh well, here's a little clip and you can read the rest HERE.

"Despite your current, very positive image and persona," civil attorney Kent Turley wrote, "[the girl's] experience with you will cause us to use the theme in any litigation that you were in fact a wolf in sheep's clothing."

Turley described the prospective case against the 31-year-old Johnson in graphic detail. It involved, in his words, "sexual assault and battery" against his client, whom we'll call Kim Adams.The alleged sexual contacts, Turley wrote, had occurred in the summer of '95, when Kim was 16 and Johnson was 29.

He quoted Kim Adams extensively in his demand letter, including this account:"He [Johnson] said I could sleep in his room or the guesthouse and I chose the guesthouse. . . . We got into the bed and he took all of my clothes off and all of his but his shirt. He was on top of me touching me all over--my breasts, butt, in between my legs, and stomach. Then he took off his shirt. I didn't really know what to do--I was very confused because I thought we were friends, but I didn't know what else to do than to go along with it. . . .

He told me to pinky-promise not to say anything and when I asked why, he said I knew why."In an understatement, Turley concluded that public disclosure of the alleged revelations would be scandalous.

The comment was an attorney's attempt to maneuver--some would say strong-arm--Johnson into agreeing to a rapid and secret disposition to the case. Neither Turley nor Kim Adams claims Johnson and the girl had sexual intercourse; she claims Johnson fondled her genitals on several occasions. If it was done without her consent, such acts could be considered felonies and can call for a prison term upon conviction.
Instead of running around in a prison tent wearing some of Sherriff Joe's pink undies, Johnson dodged the legal bullet when it was deemed to thin of a case to win a conviction.

Remember this too when you read about how Mrs. KJ complained that both of her daughters play soccer "and they both suck" but their rooms are full of trophies and medals.“My two girls play soccer. They suck at soccer,” said Rhee, whose young daughters, the Commercial Appeal reported, sat “cringing” in the crowd. Not surprisingly the foundress of StudentsFirst didn't name her group KidsFirst since her career comes before her own kids who live with their father not their allegedly child loving mother. And if you haven't heard Rhee's "hilarious" first person narrative of taping students' mouths shut because she was too fucking inept to establish a respectful relationship with them and so terrified of a visiting Ed Boss that she injured kids' mouths and lips by taping them together.

Between the two of them we have a couple who sexually abuse, physically abuse and verbally abuse children, their own and other people's yet we who go to work in public education every goddamned day killing ourselves to make a difference in kids' lives have to hear from them how we are greedy and self serving and we don't care about kids ? These two are the embodiment of what's wrong with this Privatization movement. I vote we strike the word "reform" from the record as many of the movie reviewers did who were forced to sit through Won't Flush Down, the second feature film from, Walden Media that promises not to get a single nomination for an Oscar this year. Unless of course ALEC now has Oscar nominating rights. The obvious is so to those of us who are paying attention. These scumbags need to be called out every time they show their disgusting faces or wag their lying filthy tongues. Yes, I do feel better now, thanks.

It's a very simple, small detail but we really need to take this word away from them. They are not reformers. They are privatizers. Henceforth they shall be called privatizers. And so it is written.