With this in mind let's have a quick look at the latest offering to the editor in the "reformer's" letter writing campaign where they attempt to create an alternate reality and an alternate Buffalo where their smash and grab schemes for Waterfront and East High School enjoy wild support in the community.

The author of said prose, Cathy Skora, for whatever reason neglects to disclose that she is a dance teacher at Elmwood Village Charter School. Have you ever noticed they always seem to do that ? If a Buffalo teacher throws down somewhere in print it's always pretty clearly stated. Is that because Buffalo teachers understand the Herculean task before us and we are proud to put a shoulder to the wheel no matter who says what about us or against us? Duh, yeah. But for whatever reason the Charterians always make a point of leaving something out. Like this dear lady who included a quote she attributes to Albert Einstein but there exists no proof he ever said it. More likely it came from the guide book to Narcotics Anonymous which was copyrighted in 1982 and published in 1983. Call me petty but a teacher and a writer should KNOW those little facts and avoid repeating non facts. 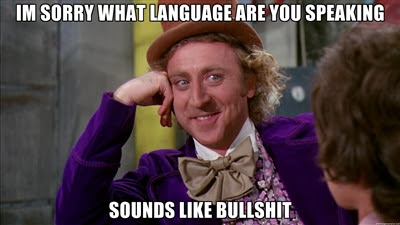 In keeping with the sins of Charter School omission I would also like to have a look at the so called Grass Roots movement this lady claims the Chameleons are a part of and the claim that  "We are, indeed, witnessing a marvelous evolution in Buffalo based on what the city needs, as determined and as driven by this population."


Well if the population of Buffalo is driving the charter school/chameleon/ReformED revolution shouldn't we have seen some more parents and maybe even a few teachers who are part of this MARVELOUS EVOLUTION? From all reports the hastily assembled meeting at Waterfront announced on a Friday afternoon for the next morning at 10:00 AM in the middle of July, included ZERO parents in support of the Chameleons land grab. A loud and emphatic NO vote was registered for the Chameleons though whose smarmy, cant filled introduction gave way to smirks and snickers and hand written notes back and forth when they began to feel the pushback of this community they are purportedly claiming to save. And while our dance teacher claims that it's the population of Buffalo driving this nonsense it's clearly not. Here are a few words from a Waterfront teacher on the subject :


I prefer to work with the actual stakeholders in the school- the students, administrators, faculty and parents, to improve the ways in which instruction is delivered to our children. The Chameleon group does not have buy-in from these important people. As a matter of fact, we polled our parents and they preferred to use the partnership turnaround plan. They do not want a charter school. We have made gains in test scores at almost every level. Don't be deceived by the business people (they are not educators) who are trying to take over the school into believing that charter schools have a magic bullet that will instantly fix problems in our school system that have been decades in the making. At the ill-timed meeting this group held a few weeks ago, it was obvious that they knew nothing about our student population, specifically the fact that approximately 24% of our student are English language learners. Why wasn't notification of the meeting made in any language other than English? Because the group does not really care about our kids. They see a beautiful building in a prime location and an opportunity to make money.

Repeating what the lady said : Waterfront Parents do NOT want a charter school.

On another front this same bunch of merry "reformers" has an eye on East High School for the same purposes. The fact that there are all ready people and various groups working within East doesn't appear to have dawned on the "reformers." See this is how they do business, in a vacuum,. They show up to do you good whether you want it or not and whether it's good or not is up to them, what you need to do is shut up, stand aside and defer to their greater self proclaimed expertise. One of the professionals working at East High  took the time to write a little note to Artvoice. In his letter, Joe Gardella, the John and Frances Larkin Professor of Chemistry at my alma mater UB, points out the same exact cluelessness and lack of context the "reformers" prefer to do business in.  Here is Professor Gardella :

As one of many education and social service support partners dealing with students at East High, I note that Chameleon has made no effort to contact us to understand or assess our efforts within East’s educational activities. Further, leadership at East High has been effective and vigorous in describing a STEM (science, technology, engineering, and mathematics) focus in the turnaround plan for the school. I wonder how the Chameleon plan will engage the ongoing work without an understanding of what is presently underway.

And doesn't the Chemistry Professor go and bring up that other Charter School Bugaboo  -- well ONE of them anyway... Professor Gardella :

So are we seeing any patterns here friends? Before we leave the issue of Charters and their indifference to the disabled it bears mentioning that another teacher chimed in on her observations at the Chameleopalooza and had this to add :

I attended this meeting and came away with a very different message than this reporter. I don't recall seeing him there. There was absolutely no data presented that there was any knowledge of these particular students' needs. These schools were consistently referred to as "the system." There were a lot of vague promises offered like a longer school day and year as well and smaller class sizes. This is not a revolutionary concept. Many charter schools in this area have those in place yet students are still being returned to the Buffalo Schools on a regular basis. Here is an example the information they do not want you to know: If you put 20 students in a class (as they have promised to do) in a building with 34 classrooms, you would be able to educate 680 students. Currently there are approximately 850 students at Waterfront. In order to show remarkable and quick results, which of the
170 students do you think will be pushed out?

Reality dictates there can be no discussion of Charter Schools without discussing which kids they are going to get rid of. It simply can't be done. But don't ask them to talk about it, it's a very touchy subject. My father always said people can tell all the lies they want about me and I don't care, it's when they are telling the truth that I get nervous.

Maybe next time we hear from one of the regulars in the "Reformer" lineup they will be at least the tiniest bit forthright and drop some of the shuck and jive and the sleight of hand. You can only fool a handful of people for a little while then they figure you out and you piss them off.
Posted by Unknown at 11:40 PM