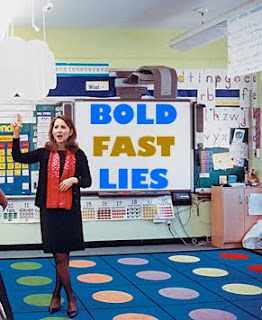 Yesterday I threw out an idea for my fellow teachers that some might call paranoid. Essentially I encouraged teachers to be more paranoid because there are forces around us from both within and without who would like nothing better than to see us put out of work so our schools can be converted into charter schools where the focus is always on Profit not Proficiency. I only got as far as briefly introducing the cancer within, forgive me for assuming we tend to be Democrats but they are sadly the default party of anyone without a million dollars. And before I was able to correct the typos I found in the piece a little tiny invite came dribbling out of the Buffalo News. It was an invitation to the community to attend a "hearing" on whether East High School and Waterfront Elementary shall be turned into charters by the same lovely folks who run charters where kids need private transportation in order to attend. Anyone catch the institutionalized racism in this lily white policy?  This clever proposition was submitted quietly and only the Board President at the time Mr. Petrucci was appraised of the situation. Not the other Boardfolk, not the Superintendent of the Month, not the Principals, just Lou Pettrucci. Anyone besides me hearing Scot Walker talking to his billionaire donor here saying "we're going to divide and conquer?" O.k. so this proposal pissed off some people as it was done as an end run in spite of what Friedman and lawyer Polowitz  will try to tell us. The District Parents Chaos Committee has been suspiciously quiet lately aside from Mr. Radford's tweet calling for the community to rise up and take away the teacher's cosmetic rider. You know the one we'd all love to be rid of but nobody will negotiate on it with us? Yeah that one. Well here's some of what was said when this little charter conversion proposal came to light a few weeks back :

The effort is being led by Amy Friedman and Steven Polowitz, two of the co-founders of Tapestry; and Emilio Fuentes, whose three children attended district schools. What makes this situation unusual is that it involves turning two existing district schools into charter schools, rather than starting a new charter school from scratch - and this plan is being advanced by an outside group, rather than the district.


Amber Dixon who shares some history with Al Gore as the next best Super we never had said this of the situation :  "This is the Buffalo public school system. It has to maintain itself as a strong Buffalo public school system, and it has to partner with other entities and agencies creatively and willingly, but as a strong system," Dixon said. "So it can't just lay there passively and let people pluck away two schools and make them charters."

Amen to that Amber. And this is the lady the boardfolk found wanting in her performance. Instead they went in another direction and seem to have found someone whose fluency in Spanish doesn't keep her from profoundly dysfluent English peppered with the Uhhh, Uhhhh. Uhhh. disarticulation of a 7th grader forced into presenting a powerpoint the rest of the group did all the work on.

So the charter school sleight of hand continues and they announce their "hearing" is be held on a Saturday morning  at 10:00. They managed to give as little notice as possible, less than 24 hours and one even has to question AGAIN the Buffalo News's complicity in this ghetto stunt by placing the "announcement" in the Community News section NOT the SchoolZone blog where more people would read it.  Should this plan go forward and with all of the resources available to the deformers we have every reason to believe it will, we will have a precedent in Buffalo and the deformers will have succeeded in using yet another of their little templates to screw up public education for the many so the few can enjoy a tidy profit and whittle away the real Buffalo School kids until they are down to their little core of good test takers whose standardized test scores reflect the carefully manicured little educational testing hothouse they were taught to pass tests in. Thanks to the charterians and the deformers for proving my point in less than 6 hours. There's no way i could have made it so clearly on my own.
Posted by Unknown at 1:17 PM