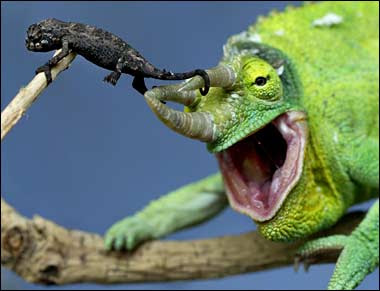 So the Chameleon Group held their little meeting or hearing or whatever it is they'd like to pretend was an honest to goodness public information session with the community yesterday. And as might be expected it didn't go so well. Hmmm. Wonder why? I quoted former Super Amber Dixon's take that Buffalo Public Schools can't just sit by passively and allow two of our schools to be plucked by some self appointed education experts like this merry band of reptiles. Board of Education member Ralph Hernandez also pointed out that this Chameleon group has not sought any discussion with the Board of Ed or the Superintendent yet they showed up at this meeting and told the public they need help from both. You may not care for some of Ralph's quirks but in this case he is dead on the money. Is there a more manipulative and deceitful manner of trying to pressure someone than running to the media and pretending you've met resistance or implying that you have been blown off when in fact you never even had the stones or the decency to make an appropriate and adult attempt to speak with either the Board or the Superintendent? It's like something a little kid in brat camp would be deprogrammed from doing. You don't go running to the cameras and reporters and cry about needing help from someone you've never asked for help. You go to them first and if they tell you to sod off -- which in this case, after the b.s. these people have pulled, I fully hope they are told to do exactly that -- THEN  you cry to the media that you only care about the children. 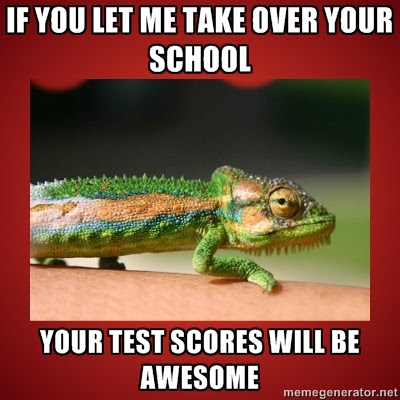 Incidentally it has been reported that a Mr. Fuentes whom I have traded comments with in the Buffalo News several times was brought out and became emotional for all to witness while he essentially declared he doesn't care about teachers and vowed they'd better be ready to take a haircut on their wages and benefits. While I get that this group needs a Sam Radfordesque rabble rousing non White member to escape charges that they are another bunch of do good  upper middle class white people who are meddling in education for their own purposes, I think it's safe to assume Mr. Fuentes needs to remember he is asking educated professionals to come to work for his group. Telling them he doesn't care about them and threatening them with pay and benefit cuts  right out of the gate might be one of the most moronic recruiting tools I have ever heard. And as if that isn't enough he has the temerity to suggest that there are a lot of young kids coming out of college who are not savvy enough or ballsy enough to negotiate a fair contract for themselves and they will gladly come work for a fly by night charter and be assigned a teaching load that has nothing to do with their training. Sure, they'll do it for a while until they realize they are getting jerked around and the after school unpaid tutoring and etc. etc. sure sounded good until they tried to reconcile their car payment with the shitty pay they're getting. 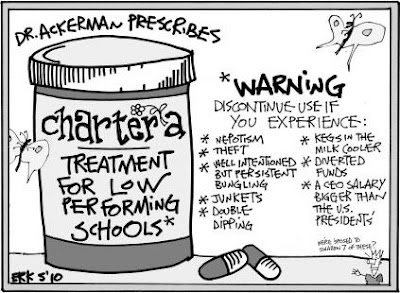 And in case anyone is wondering where the Principals stand it was made clear that they have been in on this since day one. Why wouldn't they be? Have you ever seen what Geoffrey Canada takes home for running his little charter fiefdom downstate? The Principals would be free to negotiate a much better deal than they get from the taxpayers of Buffalo and the administrator's contract in place. The Principal of Waterfront, Mr. Hills, who seems to get a new school about every year, showed and tried to walk the line between pissing off his faculty whom he barely knows after one year and pissing off the folks who will pay him more to make a deal. And does anyone else see a huge conflict of interest here folks? The complicit Principal can engage in complicity to his own financial gain that may very well be at odds with the best interests of "the Children" Mr. Fuentes shed tears over and the rest of the deformers claim as their chief concern.

While I have read that the deformers at first tried to happy face their way though the meeting it didn't take long for the veneer to wear thin and their true colors to come to the forefront.


"...The look of surprise, then condescension, on the faces of the Chameleons during the question portion was worth more to me than the bag of chips I never got from you. At the end of the meeting, they were reduced to writing notes to each other while getting verbally lambasted and giving each other sniggering "inside jokes" looks. True colors came flying out. VERY middle-school behavior. They were SO sure that they had a like-minded group in the room with them. They all made their patronizing opening speeches as if they were speaking to a roomful of idiots. Slow, overly enunciated, false smiling, bland, chewable bits of  pro charter blather for the morons in attendance. Then, from the audience, focused, calm, intelligent, incisive, probing questions..."
byline to PP, Head Researcher

Curiously I have been met with Why don't you join us ?  as a response from two of their number on separate occasions  when I actually challenged their anti teacher anti union rhetoric. It must be one of their rebuttals they study in a notebook somewhere like telemarketers use when you tell them you are undergoing chemo and can't afford their water filters. Can't afford it ? Listen friend if you're on chemo you can't afford NOT to buy this filter!  where do we go from here? I don't know but I am sure next time this crew holds a meeting and they ask why don't I join them I plan to do exactly that even if I have to bring the kids the chinchilla and both lizards with me.
Posted by Unknown at 11:19 AM