The Amber Files Part I : Why Appoint Her in the First Place? 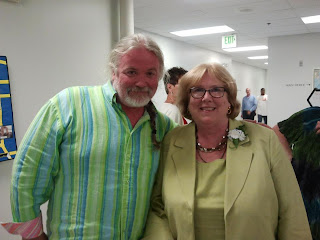 O.k. enough diplomacy, time to take the gloves off here friends. On the topic of Amber Dixon's Jane Crow railroading at the hands of the Sorority Majority of the Board of Education, I would like to start at the beginning. Why was Amber chosen to take the reins as an interim in the first place ? Were they hoping she'd stumble and bumble around without a clue as to where she should start mopping up after the big 6 year Frat Party J-Dub threw for himself and his sycophants? Why didn't they give the wheel to Mark Frazier ? He has a PhD and certainly knew where the best parking spots in the ramp could be found. And wasn't he the head of the followship, errr.... leadership academy ? A principal once told me he was forced to sit in a room with MFer and others in Principal apprentice class listening to some music as Frazier grooved and shared his thoughts about how he really dug Williams' style or some such rot.  Forgive me if I play devil's advocate here but let's follow this through. So instead of the obvious choice in many people's minds Amber Dixon was chosen I believe in the hope that she'd follow a more  Hippocratic model doing no harm than an active Superintendent who'd get to work and start doing what needed doing. Surprise number one. Dixon started off drawing a big red circle around some of the dead weight Williams had been stacking up in city hall all but enjoining them to get over to Kinkos with their latest resumes as this here gravytrain was about to pull into the station. The Sisters' Food and Travel Club had its budget revoked and they were abruptly informed that they'd be taking no more "conference" trips on the taxpayer dime as they did in their best year wracking up a $200K bill. How many first year teachers would that pay for a year friends?  At the time Board member Nugent-Pannepinto lamented that the sisters returned from these junkets with tales of shopping and mowing down on mad eats but there was never so much as a pamphlet or a powerpoint shared with the non traveling members to, at very least, justify these uneducationally focused binges. Dixon to her credit and likely her downfall took the job and started doing it they way nobody had done it since the last time a local girl, Marion Canedo, was tapped to run the ship in the absence of an out of towner black male rock star. For now let's chew this cud and I will have more thoughts and observations and a continuation of the farcical search that brought us our shiny Harvard PhD'd new boss, the Mercedes hood ornament soddered to the prow of a hooptied out Buick Regal, crown deodorizer in full view on dash, beaded driver's seat cover, curb feelers and back window perimetered in shiny silver duct tape.  Trunk bungeed half shut so kicker box can blast Wiz Khalifa at a volume and vibratto sufficient to loosen the fillings in your molars. But hot damn that Mercedes ornament looks sweet as hell.  Cause that's how we roll here in the City of No Illusions.

p.s. An hilarious piece from Sorority Sister Flo Jo in today's letters to da Nooze which I will not link to. Instead of addressing her role in this kangaroo court selection process, something none of the Sisters 5 has had the guts to do yet, she decides to explain how complex the attendance problem in Buffalo is. Yeah. It really is. If you're a slug and you are failing to raise your kids for any number of pathetic excuses your kid will not attend school because he has no reason to attend. Thanks for the staggering insights, Flo Jo now back to those Welcome Sister #6 brownies you were baking.
There's an equally outrageous screed from the policy wank at Buffalo DeformEd who has any number of data driven solutions he feels the new Superintendent needs to be appraised of before she begins her Herculean labors here. I think the last thing he scratched out was his analysis of the BTF contract. As a Notre Dame law grad, (did he actually pass the bar ? I notice he claims to have taken it last August but I am not sure of his actual status) he must be eminently qualified to speak on all topics, educational, contractual, economic and of course matters of policy. I suggested he take his lily white arse to Burgard Vocational and run and English class for a month before he tries to tell the rest of us what's up. Love these self proclaimed yet educationally ignorant "reformers" who cant be bothered sullying their hands with the lowbrow business of actually teaching. They all see themselves above that plebian meanness opting instead to swoop in and set policy with their high minded Charterian ideals. Still waiting for them to show us how to run an alternative school for the at risk kids they love to accuse us in Buffalo of underserving.
Posted by Unknown at 12:52 AM