The Amber Files Part Deux : Flipping the Flo Chart and Dancing with Beelzebub

After Flo Jo's stunning non sequitur of a letter to the editor yesterday methinks I am seeing some movement from the Sorority Majority at least from some surrogates who are lashing out at anyone in the News reader remarks section that questions the process, the integrity of the Board and/or who fails to turn the appropriate triple axel in jubilation that we've landed a Mercedes hood ornament for our 177.000 mile 1987 Buick Regal, AKA the swell Harvard degree among the likes of, well you know who they are. 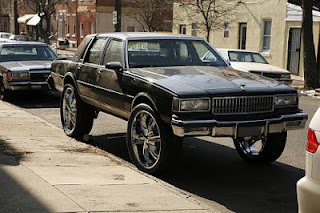 Good, nothing like the exchange of ideas even if it's with people who only seem to have one and it appears to have been emailed or written up for them to parrot in specific venues. Is ALEC working for the Board I wonder? So Amber Dixon was deemed unfit for service after reaching agreements with Beelzebub Rumore himself in his sulphorous Porter Avenue lair. How did she do it ? What Faustian deals were struck  in the ungodly hours ? She wrangled agreement out of Phil Rumore, the most widely hated figure by the ignorami of WNY since Bills coach Hank Bullough ended a presser by breaking wind and telling the assembled sportswriters, That gentlemen is my final statement, before strolling away in a gale of laughter. Nobody is supposed to work out a deal with Rumore. You go into negotiations and he starts with that hoo doo thing, that malocchio or wammy and next thing you know you come outta the meeting and he's got you offering nose and boob jobs and even tummy tucks fer chrissakes. So you threaten to take him out and kick his ass in an alley when he leaves the room. Because you can't out think the guy and you can't outlast him, he's got the stoic sisyphusean patience of a damned Beefeater propped up deadpan outside the palace. The only thing you can do it threaten him then run away from him until your buyout comes through.
But Amber Dixon goes and collaborates with him and they end up with a working deal that puts the big thinkers at NYSED back on their heels. (I truly think some of the board think collaborating is something a couple should do in the privacy of their own hotel room) This wasn't supposed to happen. She was supposed to come away flummoxed throwing in the towel saying this guy is insane, there's no talking to him. You all need to take it out on the teachers cause he's just obnoxious and impossible. Again, as she failed to stand around twirling her hair and tossing her hat in the sky like Mary Tyler More, slackjawed and awestruck at being granted the shiny interim post, she went to work and got 'r done to quote the cable dope. So the sisters had their frequent fliers club grounded and all flights cancelled, not to mention the ignominy of stripping them of their General Tsao's and Roast Beef subs at their meetings. Much to their vexation the cerebral cortex at NYSED s was forced to admit that there existed an administrator who could not only work with Moloch but work well with him, respectfully, as colleagues in the best interests of the kids in Buffalo schools. 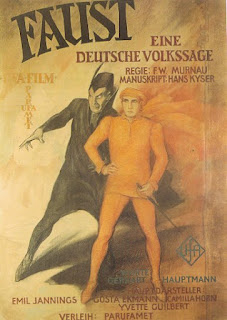 O.k. now this chick has to go... Before I got to know John King's work as I do,  I was actually impressed with the way he came in here and listened to the Board whining and bitching about Williams and the way J Dubz was riding dirty and doing them dirt. John King then shook his head and said he's your employee, kick his ass if you don't like the shitty job he's doing. O.k. I hyperbolize for effect but in essence he told them to stfu and start acting like his boss if they thought he sucked. There are measures bosses take with lousy employees why the hell aren't you taking any of them?  One imagine shim asking. After one asked to be excused and another googled the word "measures" they had a little epiphany of sorts. Did he just say WE are HIS boss??? someone must have whispered.  Well the Boardfolk  aren't by law always the sharpest and with J-Dubz' lawyer Mr. Kelleher dropping in to remind them every so often that Williams was the Boss the poor Boardfolk acquired a case of Stockholm Syndrome and began sympathizing with their captor and even seemed to believe a good deal of his bullshit. Of course he ran out the back door like a damned carnie shoplifting from 7-11 when King came to town specifically to address what a suck job Williams was doing and why this board was having such a hard time reading and comprehending the flow chart that showed them above him. See, J-Dubz was no dummy. Mephisto himself will tell you as much. Jimmy Dubz just turned that mofo upside down and said "there you go, there's yer damn flow chart now, bitches. Me on top all day, ay day." They shook their heads, zipped open a mini twix from the bowl on the table and said. Hmmmm..... How does he do that?  ...TBC...
Posted by Unknown at 5:30 AM