Memo to BTF Members: There Are More Things in Heaven and Hell, Horatio... 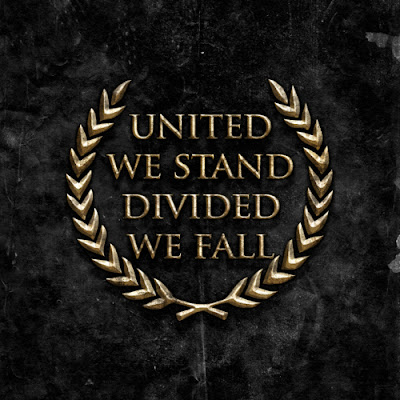 Well it certainly has been a zany week or so. Carl Paladino has effectively sown division among the rank and file of BTF by announcing his pick as the next Superintendent of BPS. The usual suspects, myself included, voiced our reluctance to accept yet another of Carl's top down edicts not because anyone has a huge beef with Carl's guy, Kevin Eberle, but because he's being presented as "Carl's guy." And if you're a Buffalo teacher who hasn't been in a coma for the past 5 or 10 years, it strains credulity that you'd need any explanation as to why fellow Buffalo teachers are wary and suspicious of anyone trotted out by Carl Paladino as "a no-brainer" for the job.  Same as Ogilve was last year and same as Weimer was a few weeks back. Maybe it's because no teachers massed to support Mr. Weimer that they are massing to support Dr. Eberle, it's hard to say. One could say if Weimer'd had an energized band of BTF members buying campaign signs and vocally making his case on social media and elsewhere, things could have gone differently. Idle speculation of course but I'd say it's also valid.

It's hard not to speculate that there was some prep work and  blueprints laid out beforehand to steer this thing a little better than Weimer's candidacy was steered. Following that logic it would make sense that someone from the BTF ranks has been working behind the scenes with Paladino all along to make sure this rollout didn't meet the same fate as the Weimer project. And you know what? That's fine. Go right ahead. I can't think of a single member of that board I'd want to collude with let alone take a bullet for, but if you, as a dues paying BTF member, think Carl Paladino really has your best interests at heart then go with your gut by all means. Maybe you know something the rest of us don't.

I return to the phrase "dues paying member" as it's about to take on some major significance in days to come. While we argue back and forth about the merits and demerits of a Paladino endorsed Superintendent, the Supreme Court has agreed to hear a case brought buy some non union teachers in California who claim that their first amendment rights are being infringed upon. The case is Friedrichs et al, v. California Teachers Association, et al, U.S. Supreme Court, No. 14-915. With Justice Alito foaming at the mouth to put the smackdown on public sector unions and idiotboy Koch Bros. stooge Scot Walker of Wisconsin effectively ending collective bargaining for public sector unions in Wisco, this ruling could easily render dustups as we're having here in Buffalo moot. How many teachers are going to voluntarily hand over union dues when the Supreme Court rules that it's now voluntary. And if you're one of these anti union teachers, and I know they're out there, I've met some and been amazed by their eagerness to commit professional Seppuku out of sheer spite for someone in union leadership they perceive to be taking advantage of them.

I am no fan of Randi Weingarten, Lily Eskelson Garcia, Karen Magee, Any Palotta, Marty Messner or any of the other parasites who occupy union leadership spots seemingly to work against me not for me. But it's a far cry from voicing my dissatisfaction with union slugs and working with groups like StrongerTogether Caucus of NYSUT to oust them and agreeing that we should just defund our unions as Cuomo and Co. have defunded schools. As things stand it's not clear who the next Superintendent is going to be. What is clear though is that we as Buffalo teachers are a fractious, irritable and balkanized body of professionals who seem to be choosing dissolution instead of unity.

If you worked with Kevin Eberle and you think he's a great guy who will do well in the job I can understand your excitement. I'm asking the Eberle camp to please extend me and those who think as I do the same courtesy. After years of Carl Paladino's outbursts, outrageous remarks, insults to teachers, his promise to dissemble the City Schools and his claim that Eberle supports his Vision Statement, a claim nobody yet has been able to put to rest, see if you can understand why so many of us are lukewarm on the idea.

In the end. I've heard nothing more substantial from Team Eberle than "Eberle for Superintendent because we said so" which is eerily similar to the rationale Paladino offers. Remember friends,  outside of Buffalo there are well funded forces at work that would really love to see this kind of division, infighting and bickering among a profession they are working hard to demonize and de-professionalize on a daily basis.  As I've noted elsewhere on many occasions, it's no mystery how ed reformers have succeeded in undermining teachers as they have when you look at how teachers respond when they are faced with even the smallest crisis. We're not hanging together. Are we hellbent on hanging separately?
Posted by Unknown at 12:19 PM