Birds of a Feather Trying to Get Rich Quick Together

See if any of this sounds familiar : 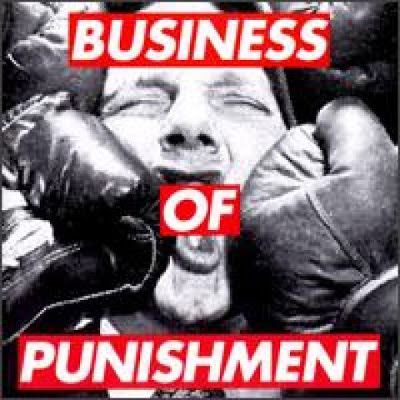 What are we talking about here kids?

The correct answer in true Pearson Publishing fashion is 5. None of the Above. These are just some of the amazing features of the terrain lying in the ven diagram of Charter Schools and Privatized Prisons. Amazing how much alike they are both in their obvious profit motive and again in the general disdain and disrespect they show for the trained unionized professionals who were doing the job faithfully long before it became some hedge funder's next commodification. The private prisons in many states promise cash strapped governors millions to help close their budget gaps ands once they get the gov on the line they add a few items to the deal like ten year contracts and a pledge that the prison will maintain no less than 90% occupancy for the duration of the contract. Ever wonder why Arizona came out with a loonie toon law like SB 1070 AKA Show Me Your Papers Brown Man? It went hand in hand with the Governor's Chief of Staff serving on the staff of CCA one of the two largest  for profit privatized prison operators in the country. So the private prison companies were allowed to essentially write the laws that would fill their prisons and maximize profits? Yeah that's pretty much what they found out at NPR.

And does it seem slightly askew that here in New York State the Department of State Education is staffed by an annointed privatizer schooled in the art of privatized ed by his predecessor who tapped him and smeared his forehead with the charter Chrism before bawling a hearty See Ya Suckers and taking his golden parachute into the lucrative and filthy world of edubiz? Steiner gives King the decoder ring and all the bat codes then leaps into the arms of the corporate scum he's been pimping for for years anyway. King and Cuomo get Sammy the Rat Hoyt on the phone who digs up another neophyte fresh off the AAA reformer circuit where she's been licking envelopes at Democrats for Ed Reform and reading Trigger Laws for Dummies by under the naked bulb of her spartan garret dwelling. O.k. maybe she was still living with Mom and Daddy, I don't know but the rodentious one had crossed her path and they agreed that education funds needing some serious redistribution. So she packed up her B.A. in Sociology and all of her teaching cred which fit neatly on the pointed end of her Obama4EdReformers badge and Katie Campos came to Albany to write up teacher evaluations. Yes, she who has never taught a dog to beg let alone a kid to read, was handed the staggering task of evaluating professionals in a role she's never embraced, emulated or shown the tiniest scrap of respect for. I hate to pick on Sammy and Katie but don't you think the way she did a D.B. Cooper once she got to Albany all but screams "Hide her she is totally unqualified and has no background in any of this?"

And sorry eduformers but your game is the same. You and these dirtbags at CCA are about one thing and it doesn't have anything to do with rehabilitation or education. It's money. You commodify human beings and use them to line your pockets. If your schools are so fucking great where's your evidence? You've had a decade or more to blow us out of the water and all you've done is enlist lobbyists, career political hacks and greedy yuppies to try and punch a hole in our hull. That isn't working either now is it? The pushback is coming slowly and more surely every day. Teachers are refusing to do your stupid testing and enrich your edutest buddies, parents are stepping in and telling you where to shove your goddamned tests. And the tiny but spiny state of Vermont is working in a scarily grass roots manner to cobble together legislation that will ban the state from using private out of state prisons in any future incarcerations. In Vermont they are gathering in living rooms and church basements. If you ask me that's pretty damned grass rootsy stuff, unlike the hundreds of fakeass "parent revolution" front groups the profiteers have scattered around the country in an attempt to make people think parents buy any of their shite. So enjoy the waning minutes of your Warhol 15 eduprivatizers, as the insurgency continues and more and more Americans wake up to the privatization lie you might want to start looking elsewhere for your next scheme. It's not too late to get in on those Florida houses built with Chinese drywall? Hmmm...
Posted by Unknown at 9:01 PM