Help, I'm a Reformer and I Can't Get Up

Attention Edu Fiction Fans ! BuffaloReformED is giving away FREE passes to the new Walden Media Charter Propaganda flick "Won't Back Down." Go HERE and send Hannya an email and she will get you in to see this stand up and hurl piece of cinematic tripe. Then bring your stomach distress bag and stick around for a dizzying display of "Reformerspeak" from a hand picked panel of gasbags, know nothings and profiteers. They haven't announced who exactly will be on their panel but you can rest assured it won't include Karen Lewis, Diane Ravitch or even Phil, Mephisto, Rumore.

So far the reviews are hilarious : 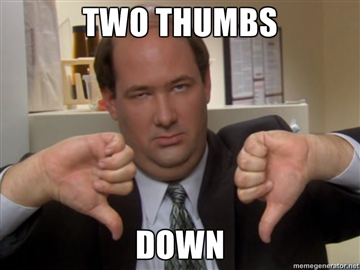 The guys behind "Won't Back Down" stand to profit from education privatization. No wonder the movie hates on teachers unions

The first thing to know about Friday’s opening of the school-choice drama “Won’t Back Down” is that the film’s production company specializes in children’s fantasy fare such as the “Tooth Fairy” and “Chronicles of Narnia” series. The second thing is that this company, Walden Media, is linked at the highest levels to the real-world adult alliance of corporate and far-right ideological interest groups that constitutes the so-called education reform movement, more accurately described as the education privatization movement. The third thing, and the one most likely to be passed over in the debate surrounding “Won’t Back Down” (reviewed here, and not kindly, by Salon’s own Andrew O’Hehir), is that Walden Media is itself an educational content company with a commercial interest in expanding private-sector access to American K-12 education, or what Rupert Murdoch, Walden’s distribution partner on “Won’t Back Down,” lip-lickingly calls “a $500 billion sector in the U.S. alone that is waiting desperately to be transformed.” (click the Salon link to read the rest)


“Won’t Back Down”: Why do teachers’ unions hate America?

"Won't Back Down" is an offensive, lame, union-bashing drama, which somehow stars Viola Davis and Maggie Gyllenhaal


So teachers’ unions don’t care about kids. Oh, and luck is a foxy lady. This is what I took away from the inept and bizarre “Won’t Back Down,” a set of right-wing anti-union talking points disguised (with very limited success) as a mainstream motion-picture-type product. Someone needs to launch an investigation into what combination of crimes, dares, alcoholic binges and lapses in judgment got Viola Davis and Maggie Gyllenhaal into this movie. Neither of them seems likely to sympathize with its thinly veiled labor-bashing agenda and, way more to the point, I thought they had better taste. Maybe it was that actor-y thing where they saw potential in their characters – a feisty, working-class single mom for Gyllenhaal, a sober middle-class schoolteacher for Davis – liked the idea of working together and didn’t think too much about the big picture.
Perhaps that was a mistake, because the big picture is that the movie is unbelievable crap and the whole project was financed by conservative Christian billionaire Phil Anschutz, also the moneybags behind the documentary “Waiting for ‘Superman,’”which handled a similar agenda in subtler fashion. Even though I personally find the politics of “Won’t Back Down” noxious — and the film seems half-seriously meant to launch some sort of activism, on behalf of whom or what I don’t know — that’s only a small part of the problem...


Review: 'Won't Back Down' fails to make the grade

The focus of the save-our-school drama "Won't Back Down" practically assures it will fail to join the ranks of great, or even good, education tales.
The movie takes the story out of the classroom and into the halls of bureaucracy, leaving almost every kid behind to center on two plucky parents battling entrenched administrators and union leaders to turn around a failing school.
So essentially, it's a school board meeting. Or school bored. Despite earnest performances from Maggie Gyllenhaal and Viola Davis as a pair of moms leading the fight, "Won't Back Down" lives down to its bland, us-against-them title with a simple-minded assault on the ills of public schools that lumbers along like a math class droning multiplication tables.
Click to read the rest

'Won't Back Down' Takes A Too-Easy Way Out

by ELLA TAYLOR
...For all its strenuous feints at fair play, though,Won't Back Down is something less honorable — a propaganda piece with blame on its mind. Directed with reasonable competence by Daniel Barnz from a speechifying screenplay he co-wrote with Brin Hill, the movie is funded by Walden Media, a company owned by conservative mogul Philip Anschutz, who advocates creationist curricula in schools. Walden also co-produced the controversial pro-charter school documentary Waiting for Superman, so the outfit is not without axes to grind...
3 Biggest Lies from PURE Review :

Corporate reformers concerned that their secret agenda behind the big Hollywood movie is being exposed have now launched an attack on Parents Across America. Folks, the best response to this is to continue to tell parents the truth about the movie and the parent trigger. Please continue to share PAA’s Rita Solnet’s review of the movie and fact sheets by PAA’s Caroline Grannan and Leonie Haimson.

If you are looking for Stand and Deliver or To Sir with Love go to Netflix. This thing is a piece of shit.