Instead of summer school for el ed. kids this year the Buffalo City Schools handed out "packets" for the kids to do at home. Apparently, the quality of said packets is under review as well as their general usefulness especially in situations where non English speaking/reading parents had virtually no way to work with their kids on the packets. Then we have the English speaking (barely) folks who simply don't care and probably can't read either, whom Sam Radford was quick to advocate for when he pointed out the value of certified teachers in every classroom. One parent and there's always at least one, cried to the News that the work was for babies and some claimed their kids from different grade levels were given a one size fits all packet.

Lost in all of the usual finger pointing was the reason WHY Buffalo's summer school was easier not to do than to try to do. And in spite of the multi slided power point presentation Fran Wilson was showing people and the UB study Mary Pasciak cited in the Buffalo News, the overwhelmingly obvious reason for canceling the program was financial insecurity. Angst about funding as several have pointed out was never anything James Williams, big spender that he was, seemed to fret about. He just spent the money then dodged the questions afterward. And if there was one he couldn't dodge he'd just lie. Not a problem. 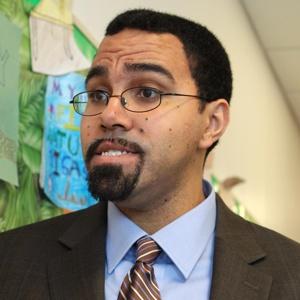 Where lately have Buffalo Public Schools seen their funding either cut or in jeopardy? Oh I don't know but maybe John King the NYSED Commissioner's penchant for with holding money from Buffalo as punishment for a lack of slavish compliance for all of his idiotic demands has a lot to do with this mess. It's clearly the most obvious variable of recent addition to the big equation that goes into running and paying for Buffalo's schools. Yet, nobody but a fellow teacher in the News comments has made the connection. Not the Superintendent, who's probably up to her pearls in "the data" right now and can't be bothered. ( Does anyone else get the vibe that Dr. Pamela Brown is going to play the "can't be bothered" card quite often in her day to day dealings?) Nobody at the Buffalo News has any questions for the Commissioner either and in typical News fashion, they lash out at the Buffalo schools' leadership and etc. etc. blaming it all on City Hall and none of it on Albany. Likewise, the Buffalo News's sister newsletter over at ReformED Buffalo takes the same lop sided angle blaming City Hall's leadership and bemoaning "The Children" and "the parents" as they always do.

Funny thing here too friends. I commented on their website as I did on the Eastwaterfront charter's website. The Chameleons, knowing it would be Romneyesque of them NOT to post my comment simply went ahead and posted it. Unless you click on the link to my blog there's nothing even in it except that I called mine a slightly different viewpoint than the one posted by the dance teacher at Tapestry Charter School. The Deform Edders on the other hand took a more Romneyesque avenue for their cowardice. Rather than posting a comment where I called out their director as unqualified to speak on education as she has NEVER taught, taken an education course or been remotely trained in education practice, theory or administration, the brilliant idea was to list that a "private comment" was posted On August 16 at 4:19 pm. Funny I didn't ask to keep my comment private. It wasn't intended to be private either. And in my many permutations as blogger, writer, editor and commenter I have NEVER seen this practice used ANYWHERE ELSE. There is no such thing as a Private Comment. There are private messages, private chats and private golf courses yes but sorry Deformers, there is no such genre as the Private Comment.

What's more to the point here friends is that Cathy Skora the dance teacher at Tapestry Charter who neglected to reveal this fact when she wrote to The News to push for the charter at Waterfront as though it was part of some waterfront revitalization plan commented on my blog when I mentioned her letter to the editor. She said she liked all the passion in Buffalo and was not retaliatory in her remarks. I thanked her for her input. Also Mr. Sheffield the director of Tapestry also commented on my blog defending her for not identifying herself as a Tapestry teacher as that was not the capacity in which she was representing herself. I told him I thought it was only fair to disclose this fact as she was in essence making a pro charter sales pitch and wrapping it up in some kind of community revitalization package rather than the isolated act it is by a small group of people who are far from disinterested.

Once again the message remains the same. The charter folk just can't ever be honest about anything. No matter what the situation, the argument, the dynamic, they always resort to some kind of obfuscation or distraction or a good old fashioned whopper. Yet they tell us our kids need them and our kids need their privatized schools full of ill prepared zombied out 20 somethings who've been browbeaten into thinking they need to jump through every hoop, eat every last shit sandwich and keep their cell phones turned on until 9 pm in case a parent or kid feels like grilling them about the Kelvin Scale or Absolute Zero.  Fact is education doesn't need them or any more of their half hearted lies. When their schools continue to flame out as they are everywhere, Philly should be renamed Ground Zero Value Added for the mass charter debacle they are about to embark on in a few days, the pendulum will swing back again and all of these new to the game "reformers" can return to law school or telemarketing worthless products to lonely seniors who will spend $500 on a water filter just for the conversation.

As I have been trained to wrestle all topics through the closure filter let's return to the original premise: Buffalo was afraid to hold summer school for young kids because they feared financial disaster. The only steady source of financial angst we've been dealt lately emanates from the Commissioner of NY State Ed. who loves to tell Buffalo how it's failing its students. As he withholds money from programs and threatens cuts for no compliance HE is the one hurting our kids but nobody in the media or in the larger ed scene seems willing to say so. Well we just said so. Peace.
Posted by Unknown at 2:10 PM