"Democracy is the art and science of running the circus from the monkey cage." H.L. Mencken

If Somehow you are still unaware of the Green Acres styled communal insanity that seems to be gripping the B-lo Ed scene by its windpipe let's see if I can get us up to speed in a quick paragraph : 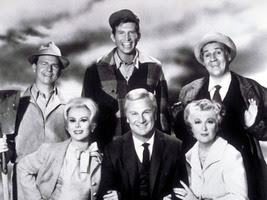 Starting out with The Girrrrlfriend's EduBlog aka Da School Zone of da B-Lo Nooze, we have a professional, and, on occasion, quite adept journalist who introduces our new quarter million dollar Harvard PhD'd Superintendent as "Pam Brown." She goes on to mention "Judy" Eliot,  the Educatrix Extraordinaire sent our way courtesy of NYSED's "unfunded mandate in the form of a persona non grata," as described by Calvados in the comment section who then concedes "I have now seen it all." Amen to that.  If we are paying for these PhD's then let's get every penny out of Dr.s Brown and Eliot and save the chummy first name bit for the bonfire or nail party. Equally baffling was last week's dismissal of "Debbie" Buckley by the Board  (and her GlamorShotz firing pic below) 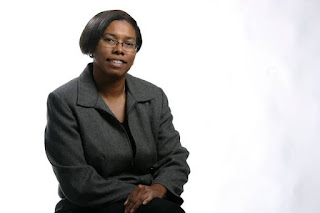 who refused to say why exactly they voted as they did but a few of them leaked out little remarks implying Buckley had been caught stealing money. Ironic too that she is said to be cooperating with the Federales in their investigation yet she is not the object of it. Anyone talk to Mark Frazier lately ? Last we heard he and "Debbie" were locked in a game of hot potato with an 80K check from the Tower Fund. According to the News  :

School Board President Louis J. Petrucci in July said the district’s legal counsel, Brendan P. Kelleher, had asked Buckley to sign an affidavit saying Frazier had not asked her to sign the check over.Buckley refused to sign such an affidavit, Cambria said.“She was, in fact, asked to sign something that was not accurate and refused to do so,” Cambria said. “[An affidavit] that was accurate was supplied to them. Then, shortly after, she was suspended.

Anyway, with "Debbie" getting fired and "Pam" getting hired I guess it's only fair that "Judy's" deal appears to be mired. Yes the state has selected a person who was bought out of her EDU CEO gig in LA City Schools after abolishing homework and generally pissing off all the wrong people. She was a keynote speaker at a Charter Schools conference though, sports a spiky wacky hairdo and apparently goes by "Judy" not "Dr. Eliot." Well here's the rub for Judy. She was essentially recommended as an expert by NYSED who all but openly loathe Buffalo. Her role is as murky as her payscale, which, come to think of it isn't all that murky, it's steady at zero. The Sisters are in no mood to go negotitating a deal with this lady whom nobody even wants and apparently would only spend a week or so a month here in between all of her various other consulting gigs. I am saying lock her up fast, her one week a month beats the shit outta James Williams time in Buffalo. As it stands according to her lawyer there are no contract negotiations ongoing. Maybe don't go looking at Spaulding Lake just yet Judy, not sure there's going to be any deal if you gather my drift.

And before I forget Buffalo's foremost expert on the failure of middle class whites to teach poverty stricken children of Buffalo Rod Watson has weighed in at long last on the Stupority Sisters of the Buffalo Board of Ed. No Rod doesn't say the new Super wasn't chosen because she is black. Even Rod knows better than that. He uses his ten foot keyboard to steer clear of that landmine. Instead he gloats that Carl Paladino's lawsuit got tossed. Rod is quick to remind us of all the looney business that came out of candidate Paladino but strangely he is unable to pump up the sisters or defend them in their crusade to seat yet another black Superintendent. No Rod can't say a damned good thing about them because he'd be sued for libel. They have no case, no credibility and they face no level of accountability from anyone in spite of their rabid raced tainted support of James Williams as he ran the Buffalo Schools into the ditch. We are all expected to forget how they defended him and how they took advantage of his free conferences for some policy and how bitter they must have been when Amber Dixon grounded all flights and cancelled all room reservations. So poor old Rod is left to ask how many black managers Carl has at Ellicott Development in a desperate attempt to focus on Paladino's flaws because he knows he can't admit in writing to the Stupority's track record of backing losers until the last dog is hung.   Yes another zany day in the B-Lo EdScene.
Posted by Unknown at 10:36 PM