Ambush in the Night : The Deformers' Trigger Jams


After reading this weekend how the "reformers" tried to do an end run and grab control of Waterfront and East High I heard some pretty worthwhile points to ponder from people better read than I am on these topics. For openers this didn't just spring up out of the ground or from James Williams' armpit, this little attempted coup has been in the works since I believe December someone said the papers had to have been filed.  And are we to believe that NONE of our Board members had any inkling of this end run ? They huffed and puffed in a fairly convincing fashion for the Buffalo News but c'mon. It's no secret there are a few members who are very much enamored of the charters. It's been quite a while since anyone has heard much from the big thinkers over at DeformED's thinktank or braintrust or whatever it is. A peep from their policy scribe but I suspect it was just a rehash of what he read at the Board meeting. And where has the delightful Mr. Radford been lately ? Subterranean would be too mild a word. The guy has not been seen or heard from is a peculiarly long interval for him. So which of the Board members are in collusion with this? Don't know but from what I've seen if the way they threw themselves on the floor in supplication to Constance Moss when she unveiled her charter school for girls plan you can pretty much guess.


Another point to ponder in Ed Land. Would Arne the Doofus step aside a la Donald Rumsfeld if Obama wins a second term and if so would Obama hand the job to the despicable union sell out Randi Weingarten? She is certainly positioning herself for something and the rank and file have lost any shred of respect for her French infantry's white flag version of leadership. Again, hard to call this but who's to say the President would have to be Obama for Randi to step in. Her view of unions even though she is the president of one, ironic I know, is pretty much in line with the King of Bain's own screw you worldview. And if she doesn't land there her serious 10 month teaching career coupled with her law degree and air of entitlement pretty much demand 6 figures in the charter school sector. Not that she'd be teaching of course, reformers don't trifle with the likes of menial labor. She'd be a policy advisor, a consultant, a wonk, a wanker or a CEO.

Finally, I think it's da first of the month 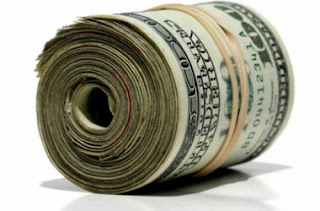 Do all the districts in New York State have their teacher evaluation plans submitted like they were told to? O.k. I just clicked until my hand went numb on the state's tracker which is linked on my bloglist. I counted a whopping 7 districts who've submitted a plan. None are approved. No districts in Erie Cattaraugus, Orleans or Niagara Counties have submitted anything. Is King still trying to hold Buffalo hostage with his Race to the Bottom money and if so when is the referendum on his sorry leadership attempts?
Posted by Unknown at 5:30 AM