Courtesy of NY State Buffalo has been provided with an

a. NYSED spy
b. highly qualified edu professional
c.both a and b
d. None of the above 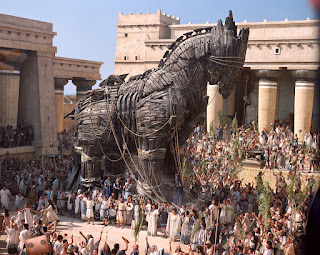 The Amber unfriendly appointment of Ms. Judy Elliott by the NY State Ed Department raises more questions than my senior year trig class had for Mr. Tita - both times we took it. While the disinterested observer might be prone to say Oh good for Buffalo Schools they got a helper, there are those of us serving in the chalkdust or the smart board particles who might be inclined to look this gift horse in the mouth. It's getting to be the M.O. in Buffalo that we are so weary of the games that we can't help but hate the players no matter how hard we try to keep an open mind. As in the case of our new Superintendent Dr. Brown, who seems like a nice lady and is pedigreed with a doctorate from no less an institution than the same one who graduated our President from its law program, she arrives with the taint of the Sorority Majority, the Alpha Kappa Alpha sisterhood who rule the roost of Buffalo's Board of Education. Yes this is a tale for another day, and another and another, but NYSED too has its own motives which they claim to be "all about the kids" yet anyone with a dryer shrunken BTF t-shirt in a drawer somewhere and even a few without them can't help but throw the stank eye Dr. Elliott's way. It is reported she was bought out in L.A. after among other things seeking to end homework. Take that as one might but if you know anything about parents they do not want to hear that homework will not be part of the regimen, especially in a place like L.A. where parents need some sign that something is going on in their kid's classrooms. One might interpret this move as a subtle lowering of expectations the way Buffalo decided to do away with its attendance policy instead of un-hiring Florence Johnson who blames it on the ACLU. Maybe she's right ? Either way, this city has danced with smudging city exams and cleverly giving big enough chunks of them in advance to make sure everyone passes. And in the end we have a watered down mess that the same kids will still find a way to fail. I am totally open to the possibility that both Drs. Elliott and Brown are going to help lift Buffalo out of its post-Williams miasma - you know, continue what Amber Dixon has been doing for a lot more money than she demanded -- but experience and that unsettling feeling in your gut you should have developed by the time you reach 50 are both telling me something else.